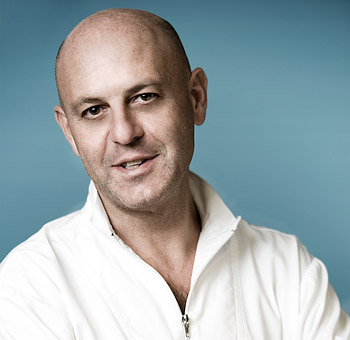 Dr. Fabio Maltese
Born in Rome on 28.02.1960 he graduated with highest honors in 1984 in medicine and surgery at the University of Rome "La Sapienza", where he followed in the footsteps of family, specializing in dentistry in 1988 with honors.

From 1985 he attended Dr. Francesco Maltese's and then Dr. Glauco Candutti's Clinics, in Rome, until the 1990s. Afterward he continued to improve his profession at the present location on Via Caio Mario 27, where his father Luigi Maltese had practiced the dental profession in Rome until 1976.

So the interest in implant dentistry has been cultivated since the nineties proved by assiduous attendance at major national and international conferences and courses of oral surgery, periodontics and implant, as well as those of endodontics and implants.

Among all the attended it’s important to mention: the annual course "Surgical techniques in periodontology" held by Prof. S. Parma Benfenati and Prof. Carlo Tinti, the practical course of advanced implant surgery by Dr. M.Chiapasco, the annual course of the Dr. T. Testori on "the surgery of the maxillary sinus and its treatment options", on "the immediate loading in implant dentistry" and "computer guided implantology" and, for the year 2010, the "Course prosthesis implant" by Dr. T. Testori, Dr. F. Scutellà and Dr. F. Galli.